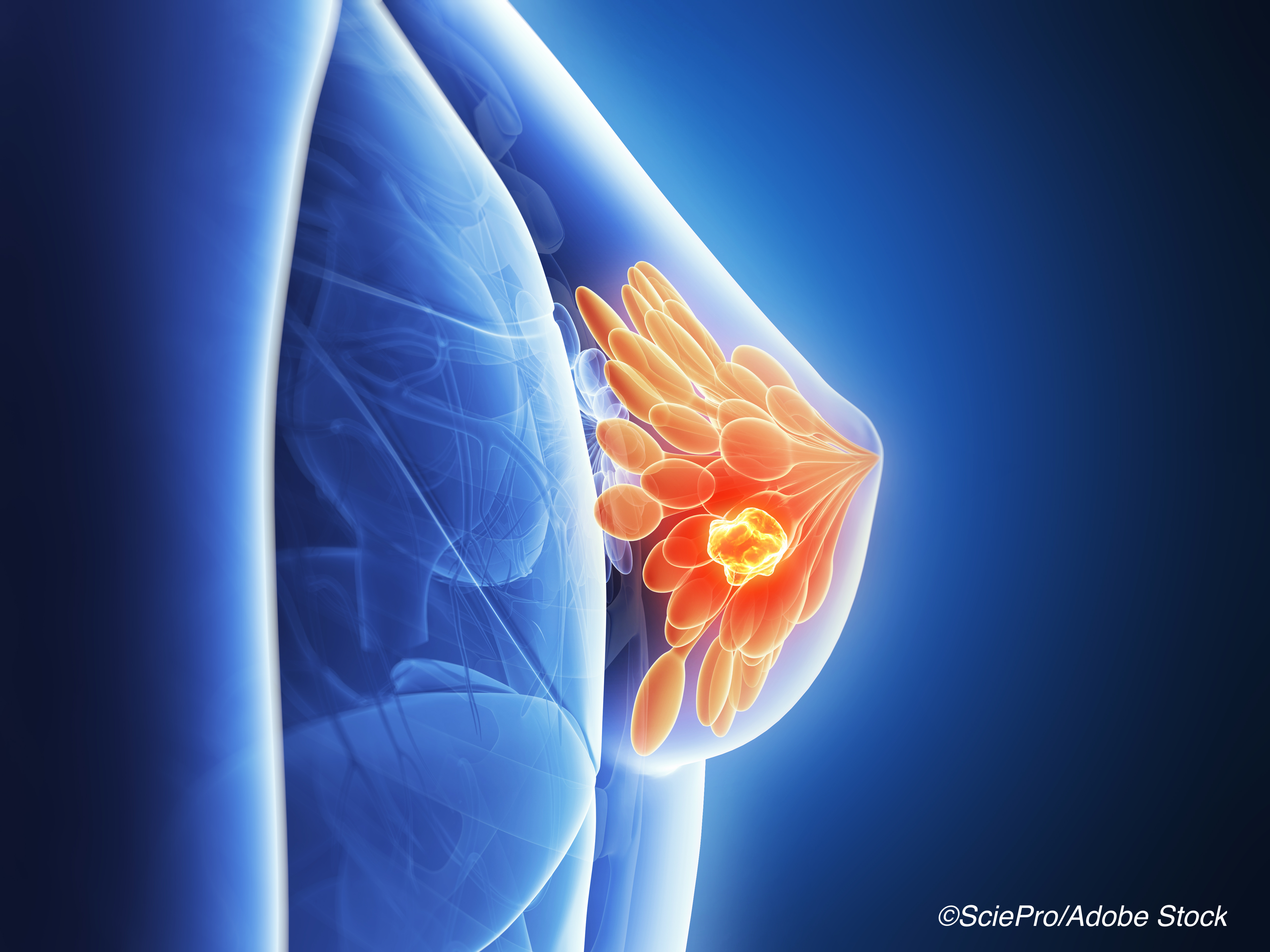 The addition of celecoxib to conventional adjuvant therapy demonstrated no benefit for either disease-free or overall survival (OS) compared with placebo in women with early, ERBB2-negative breast cancer, a phase III randomized trial found.

"Despite much preclinical evidence suggesting that COX-2 inhibitors would improve the outlook of patients with early breast cancer, this randomized clinical trial found no evidence of benefit when given at a dose of 400 mg per day for 2 years to patients with ERBB2-negative breast cancer," the study authors wrote.

The Randomized European Celecoxib or REACT Trial was carried out in 160 centers across the U.K. and Germany.

Patients were recruited between January 2007 and November 2012 with follow-up 10 years after completion of treatment.

Almost three-quarters of study participants had estrogen receptor-positive or progesterone receptor-positive ERBB2-negative breast cancer, while almost half had node-positive disease. Forty two percent of the cohort had grade 3 tumors.

At a median follow-up of 74.3 months (interquartile range [IQR], 61.4-93.6 years), DFS events had been reported for 18% of celecoxib-treated patients compared with 19% for those treated with placebo.

There was also no difference in DFS rates according to ER status, the authors observed.

The same observation held true for OS, where there was again no evidence of an interaction between survival and ER status.

It had been previously reported that the COX-2 inhibitors such as celecoxib were associated with an increased risk of CV events. In a prespecified analysis of cardiovascular (CV) events, the rate of cardiac events at 15% for celecoxib versus 13% for placebo was not different between the 2 groups. Notably, and contrary to what was expected, there was no evidence of any increase in either gastrointestinal or cardiac adverse events in the celecoxib arm compared with placebo controls. Indeed, cardiac involvement was cited as a contributor to the cause of death in only 4% of celecoxib recipients compared with 5% for placebo patients.

The REACT trial was not the only randomized trial to find no benefit from the addition of celecoxib to standard adjuvant therapy in breast cancer patients.

For example, the MA.27 study involving 1,622 patients randomized to either celecoxib (400 mg/day) or placebo similarly failed to demonstrate improvements in either DFS or OS with celecoxib.

The REMAGUS 02 trial also found no benefit from the addition of celecoxib in patients with breast cancer, though it was a much smaller trial than either the REACT or the MA.27 study.

Commenting on the findings, Wendy Chen, MD, MPH, and Jennifer Ligibel, MD, both from the Dana-Farber Cancer Institute in Boston, pointed out that there are two ongoing large multicenter trials that are currently evaluating the effect that aspirin might have on patients with breast cancer in the adjuvant setting.

"Both studies are much larger than REACT and MA.27," they noted—the studies being the Add-Aspirin study and the Aspirin for Breast Cancer or ABC study, both of which will involve over 3,000 patients.

"Despite the findings of the REACT and MA.27 trials, there continues to be a strong biological rationale for the ongoing adjuvant aspirin trials," Chen and Ligibel wrote.

For starters, aspirin is an irreversible inhibitor of both COX-1 and COX-2 unlike celecoxib which inhibits COX-2 alone.

"Aspirin also has a much stronger effect on platelets than do the COX-2 inhibitors," the editorialists pointed out.

It has long been established that cancer can lead to a hypercoaguable state, platelet abnormalities, and thrombooembolic events, and platelets may also contribute to metastasis at multiple steps.

This is a critical observation because patients with breast cancer have an 80% higher risk of CV mortality compared with age-matched controls, as Chen and Ligibel noted.

CV disease is also rapidly becoming the predominant cause of mortality among patients with breast cancer over the age of 60, they added.

Thus, Chen and Ligibel felt that both the ADD-Aspirin and ABC studies should provide important information regarding the effect of aspirin on breast cancer recurrence and all-cause mortality for patients with breast cancer and potentially shed light on the role that inflammation plays in the breast cancer progression.

The REACT trial has some limitations, including a lower-than-anticipated relapse rate and that the investigators reduced the celecoxib dose "because of potential cardiac adverse effects, and we have not excluded the possibility that a higher dose of celecoxib may result in improved results."

© 2019 Projects In Knowledge, Inc. and @Point of Care, LLC. All Rights Reserved.